I was reading the NPR ombudsman blog recently and there was a post about the lack of female experts and sources on NPR, supposedly the last bastion of objectivity and impartiality in the media which (unfortunately) means progressive these days.

I’ve added a few links on the side for those regular readers who are keeping tabs.

While doing research for my thesis, I have decided on my favorite scholars who study much of what I am interested. Kathleen Hall Jamieson of UPenn and Pippa Norris of Harvard. They engage in research in, exactly, the topic areas that keep me up at night: media, politics, elections, electoral engineering, voting, political communication, education – you know, the most important responsibility of a citizen in a democracy. The responsibility to think – analyse and critique what you’re being told, what’s happening, and what’s not happening.

Jamieson is the director of the Annenberg Center at UPenn. She has written a number of books: “Dirty Politics: Deception, Distraction and Democracy”; “The Press Effect: Politicians, Journalists, and the Stories that Shape the Political World”; “Spiral of Cynicism: The Press and the Public Good”; “The Institutions of American Democracy: The Press,” among a great many others. 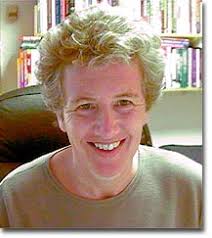 Norris is a fellow at the Shorenstein Center at Harvard’s Kennedy School of Government. She has also written a number of books: “Public Sentinel: News Media and Governance Reform”; “Digital Divide: Civic Engagement, Information Poverty and the Internet Worldwide”; “Electoral Engineering: Voting Rules and Political Behavior”; “A Virtous Circle: Political Communications in Postinudstrial Societies”; “The Politics of News: The News of Politics; Women, Media, and Politics”; “Electoral Change Since 1945”; “Critical Citizens: Global Support for Democratic Government”; “Politics and the Press: The News Media and Its Influences”; “Elections and Voting Behavior: New Challenges, New Perspectives”; and “Democratic Phoenix: Reinventing Political Activism” and others.

These women are phenomenal. I want to know why I don’t hear from them on a regular basis on CNN or any other news outlet. Even, PBS neglects these ladies. In fact, they should be besties with Jon Stewart. Their research is his material.

Read their books and be enlightened.